When titanium stabilized at room temperature in air; because titanium has a low density, high strength, density is only half the strength of steel and steel and similar, high temperature and low temperature resistance, corrosion resistance and other excellent properties of titanium alloy strength is higher than steel. The use of titanium manufactured Titanium has a high strength and small density, good mechanical properties, good toughness and corrosion resistance. In addition, poor process performance titanium plate, machining difficulties, in thermal processing, very easy to absorb nitrogen hydrogen carbon and other impurities. There are poor abrasion resistance, complex production process. Titanium industrial production began in 1948. It requires the development of the aviation industry, the titanium industry with an average annual growth rate of about 8% of the development. The world of titanium processing material production reached 40,000 tons, nearly 30 kinds of grades of titanium. The most widely used titanium is Ti-6Al-4V (TC4), Ti-5Al-2.5Sn (TA7) and commercially pure titanium (TA1, TA2 and TA3).

The following briefly describes the main titanium in the industrial field use. 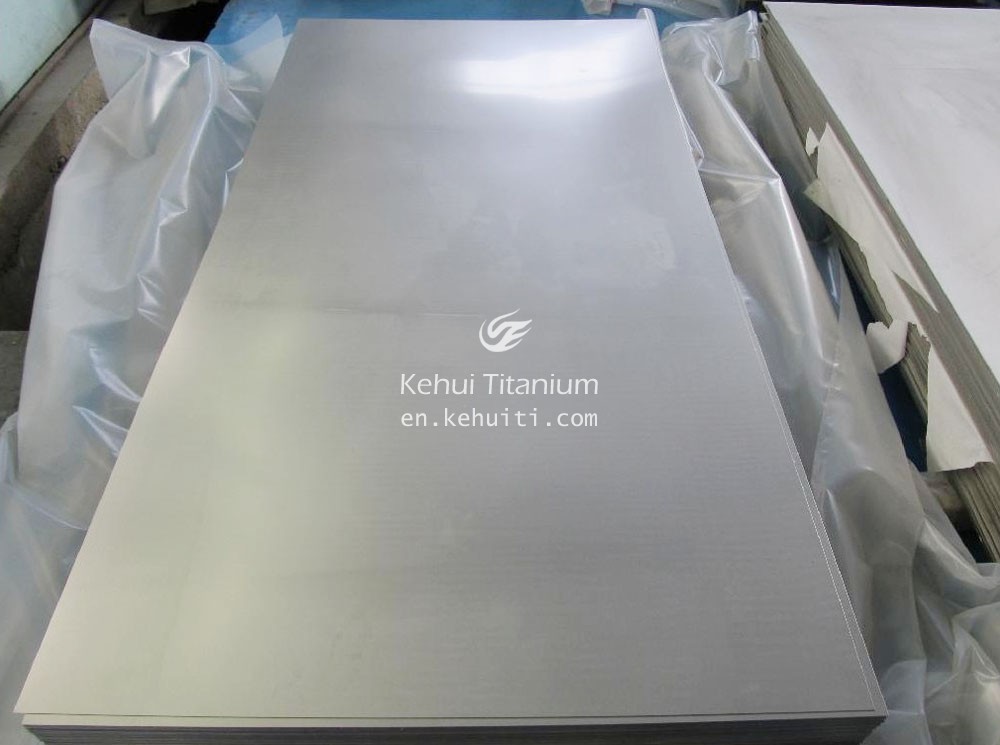 Titanium is mainly used for the production of aircraft engine compressor components, followed by structures rockets, missiles and high-speed aircraft. The mid-1960s, titanium and its alloys have applications in general industry, manufacture of the electrode electrolysis industry for power plant condensers, oil refining and desalination heater and environmental pollution control devices. Titanium and its alloys have become a corrosion resistant structural materials. In addition, for the production of hydrogen storage materials and shape memory alloys. Titanium and titanium China began research in 1956; the mid-1960s and the development of industrial production of titanium into TB2 alloy. Heat-resistant titanium alloys have good strength, low temperature toughness and fracture toughness, so many aircraft engine parts and used as rocket, missile structure. Titanium also as fuel and oxidizer tank and pressure vessel. Now has titanium alloy with automatic rifles, mortars and base plate recoilless launch tube.

Mainly for the oil industry in a variety of containers, reactors, heat exchangers, distillation columns, pipes, pumps, valves and the like. Titanium can be used as a condenser, and environmental pollution control device electrodes and power stations. Nickel-titanium shape memory alloy has been widely used on the instrument. In the medical, the titanium can be used as artificial bone and various implements. Titanium or steel deoxidizer and alloy steel and stainless steel component. Titanium dioxide is a good raw pigment and paint. Titanium carbide, carbon (hydrogen) is a new titanium carbide materials. Titanium nitride color close to gold, widely used in the decoration. Titanium is an important new structural materials used in the aerospace industry, the proportion between the aluminum and steel, strength and use temperature between, but higher than the strength and excellent resistance to seawater corrosion and ultra-low temperature performance. In 1950 the United States for the first time in the F-84 fighter-bombers later used as a fuselage insulation panels, wind shield, tail cover other non-load-bearing member. 60, began using titanium parts from the body toward the rear of the fuselage, in part, instead of structural steel bulkheads.